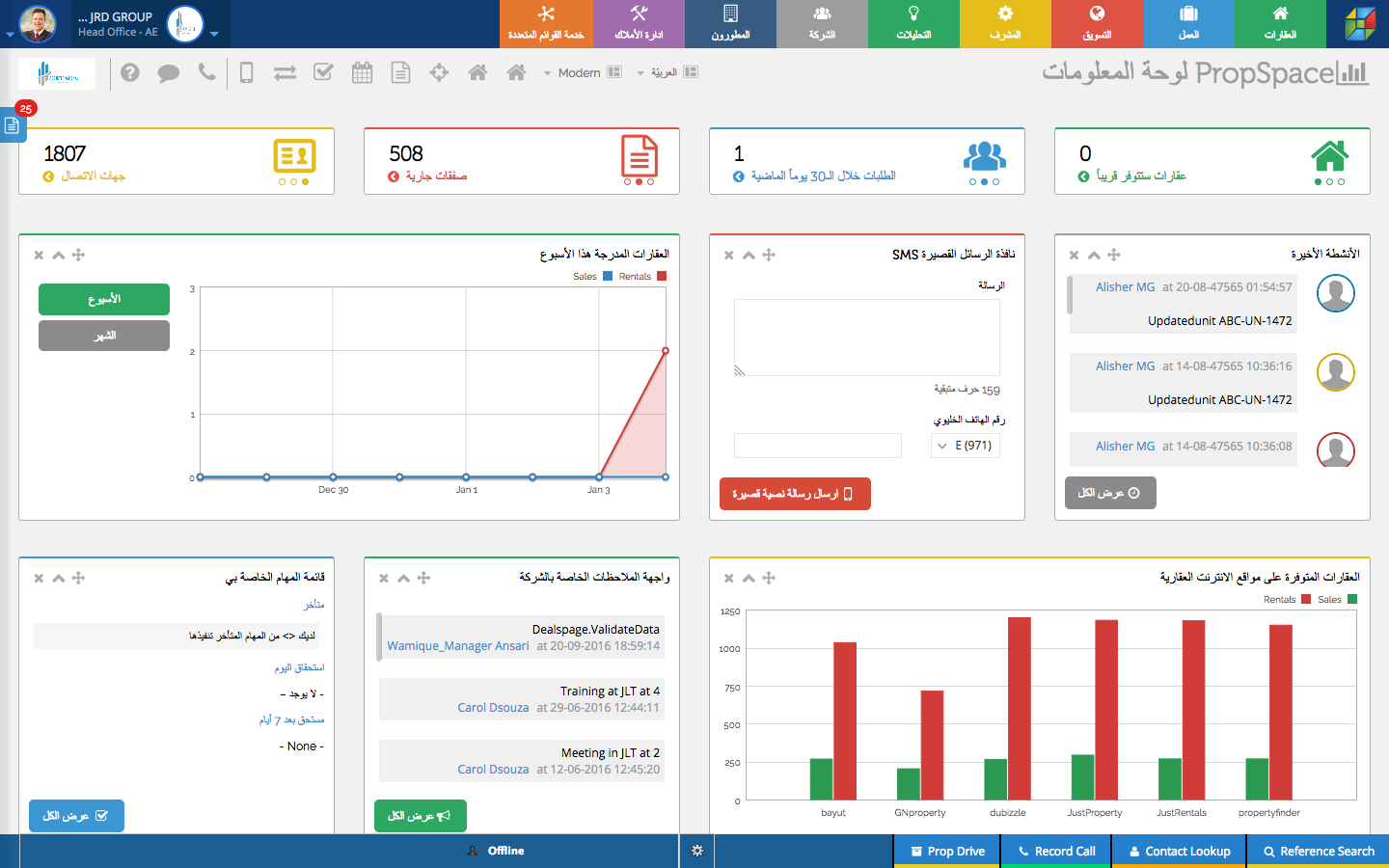 PropSpace is proud to announce the launch of its Arabic version, catered to the MENA region.

Commenting on the launch, Alex Nicholas–Founding Partner of JRD Group, the parent company at the helm of PropSpace–noted: “The release of PropSpace’s Arabic version reflects our clear and constant commitment to pursuing innovation and using technology to tangibly transform the real estate sector. Arabic is the official language of over 25 countries, representing nearly 400 million speakers. We are delighted to provide our existing and prospective customers in the Middle East with an advanced and world-class software solution that can be utilized in their native language. ”

Developed in 2011 by technology enterprise JRD Group, PropSpace proves the most popular industry enterprise software in the U.A.E., with over 95 percent of the nation’s real estate brokerages utilizing the cloud-based system. Considered the region’s first full scale  multi-functional cloud-based real estate software, PropSpace consists of multiple modules that capture to a variety of workflows in the real estate sector, including but not limited to lead management, listings, deal flow, document generation and the region’s largest private MLS (multiple listings service).

This development elevates PropSpace to a prominent position in the region’s real estate software market, where a compelling need exists for enterprise software in Arabic. “Technology is a powerful agent for change but to truly transform an industry, ensuring regional and consumer relevance is critical,” emphasized Dr. Khaldoon Tabaza, Founder and Managing Director of iMENA Group which made an investment in JRD Group earlier this year. Added Dr. Tabaza: “PropSpace continues to implement pioneering moves in real estate technology. The launch of PropSpace in Arabic will encourage more individuals and institutions to join the software revolution, optimizing their businesses and collectively streamlining what is often a fragmented industry.”

The launch of the Arabic version follows significant steps by JRD Group to expand the PropSpace client base across the MENA region and globally, to more established markets further afield. Following a successful soft launch in London in September 2015, PropSpace made a promising debut at the 2015 REALTORS® Conference and Expo held in November 2015 in San Diego, California (U.S.A.); the first in a series of moves intended to position itself as the premier cloud-based real estate software solution worldwide.

Nicholas concluded: “We are committed to continuously innovating PropSpace, enabling our clients to operate in line with industry best practices and with an agility that will help them respond quickly to business developments and market changes.”